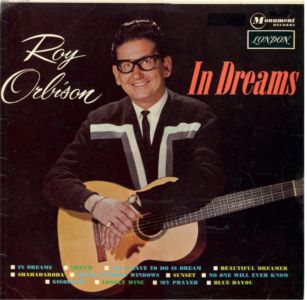 So — the fact that Roy Orbison is being increasingly referred to by his fans as “The Big O” means far more than the mere fact that his name happens to start with that big O. To my mind it means that Roy’s admirers have put the permanent “Big OK” on him, and have made him their very Own — with a Big 0.

I’m glad, because I dig him; both as a performer and as a person.

In a previous set of notes for one of Roy’s albums, “Crying,” was able to remark that Roy had arrived. “Arriving is a most difficult accomplishment in its own right. But it might be worthwhile to mention that it is usually much more difficult to “remain”, there being a continual stream of new arrivals and only a limited amount of hotly contested space at the top.

It follows that someone must “leave” from time to time, and in the case of a record artist, the decision is with the Fates and the Fans. Obviously, both are well-disposed toward Roy, as demonstrated by his phenomenal string of hits and his ever-growing popularity both here and abroad.

So thanks to you, the fans, to the winds of good fortune and to his own abiding talent and taste, I am hoppy to say that Roy Orbison has “remained”, and it looks as though “The big O” is here to stay.

This album for dreamers has one important thing in common with its predecessors: It’s good. There is however, I believe, one important difference: its better.
Now may I wish you many hours of enjoyment, and as you listen. Dream Big.