I’m Still In Love With You 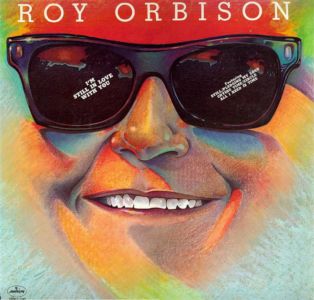 A little more than 10 years ago, when the Beatles were rated the #l recording group in the world. Roy Orbison was the #l male vocalist. He’d just had a little hit called “Oh, Pretty Woman.” Before that had been “Only the Lonely,” “Crying,” “Running Scared,” and a dozen other gold records. But what’s remembered most about Roy aren’t the songs — most of which he wrote himself — but The Voice. Roy Orbison was the Caruso of early rock ‘n roll. His multioctave, semi-operatic range could hit the highs, lick the lows, and invigorate the in-betweens. You knew without fail that somewhere in every Orbisong he was going to wail, and when he did, your transistor speaker was going to crack like a windowpane caught in the howl of a High C hurricane.

Roy Orbison has sold over 30 million records but the last few years have not been as prolific or popular for him as some of the earlier ones. Though he’s never lost his following in places like England and Australia, where he continues to play to capacity crowds, he’s recently lacked a big hit in the U.S. … until now. Reunited with his former guitarist-turned-producer Jerry Kennedy (who takes a similar turn with other “up-and-comers” like Jerry Lee Lewis and Tom T. Hall), Roy’s proud bid for renewed stardom is presented in, “I’m Still In Love With You.” His two recent singles, “Sweet Mamma Blue” and “Hung Up on You,” plus nine other beauties present Roy in a more relaxed, country setting than his earlier Big Sound rock ‘n roll. There’s the exquisitely crafted “All I Need Is Time,” old rock classics like “Crying Time” and “Pledging My Love,” and the infectiously lovely “Heartache,” so reminiscent of early Orbison hits like “Blue Angel.”

Though he’s flattered by the influence his songs have on young musicians (“Roy Orbison sings for the lonely.” Bruce Springsteen croons on his latest Orbison-soaked album) Roy is confidently looking to the future. He refuses to categorize his new music, terming it simply “contemporary Orbison.” And. he adds, “the best is certainly yet to come. It’s all still there. I’ve been waiting for the right time before I really committed myself. Now I’m totally committed, and what you think Roy Orbison should sound like, he still does and will do, immediately.’