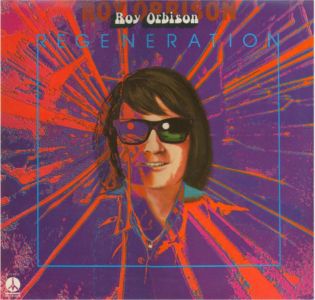 THE GOLDEN YEARS
I remember a telephone call from Wesley Rose in early 1959, asking if I would be interested in signing Roy Orbison. I remember saying yes. I remember our first meeting in Nashville, 20 minutes into the first session because Roy missed his plane connections in Dallas. Shy, laid back, but quietly determined, he recorded three sides in 2½ hours. I remember the brainstorming sessions that followed, where every ounce of creative energy we could each muster, was not only expended, but welcomed by the other. Then the second recording session and a chart record entitled ‘UPTOWN and the third session which spawned ‘ONLY THE LONELY’ and worldwide acclaim for Roy. How well I remember all the other sessions which would produce 18 consecutive top ten singles, and 5 top ten albums. And sales that would exceed 19 million copies! The Golden Years.
Cults developed, box office records fell around the world, and journalists dubbed him the ‘Big O’ and the ‘High Priest of Popular Music.’ The only American artist to dethrone the Beatles in Great Britain, which he did in 1964.
As the Orbison legend grew, so did our relationship. From Producer/Artist, to Friendship, to Brotherhood. The Golden Years? You better believe it! Then in 1965 word got out that Roy’s Monument contract would soon expire. Wesley Rose found himself on the business end of the most intense bidding war ever waged by record companies for the services of one Star, or even one Phenomenon’ It was a war I chose not to enter, because seven figure checks, movie contracts and television shows were not mine to offer. Roy and Wesley did what good business principles dictated. They took the highest bid.
The Golden Years were suspended. Our daily talks, contagious enthusiasm, our love of old cars and new clothes, our total communication, our very Brotherhood had ended. I missed him. He left a void, a place unfilled, until this year when the only one who could fill it did—Roy returned! This is his first album since our reunion. We call it—REGENERATION, a rebirth of the magic and the music we thank God for. Personally and professionally our relationship is rekindled and renews. Now the Golden Years are all ahead